"We have paid too much into this ....private debt has been placed on the back of the everyday taxpayer....we can sit and take it or say enough is enough and reclaim our dignity....making a conscientious stand against a bad law"
John Halligan Independent TD Waterford
The 14th meeting organised by the Campaign Against Household and Water Taxes in Waterford City and County was held Tuesday evening in Dungarvan and an attendance of 150 concerned householders was proportionately in keeping with earlier figures including the 800 that turned out in the Tower Hotel two weeks earlier. Whether this figure may have been higher if, earlier yesterday afternoon, the posters advertising the event had not been removed from the town's streets is hard to gauge. 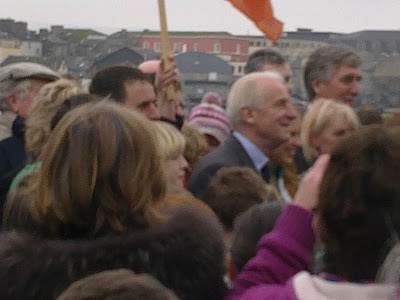 Ireland Soccer Manager Giovanni Trapattoni took time out from what was a hectic day's schedule to be guest of honour at the official opening of the town's latest Cycling and Walking Path along which once ran the Waterford Dungarvan and Lismore Railway.  This redevelopment will now compliment the Smarter Travel Incentive from which the town was recently rewarded 7.2 million euro as one of only three locations nationwide to receive funding to encourage people to think differently about how they can travel, keep healthy and contribute to their local environment.
Read more »
Posted by Dungarvan Diarist No comments: 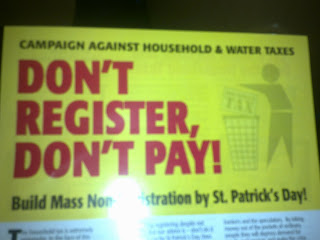 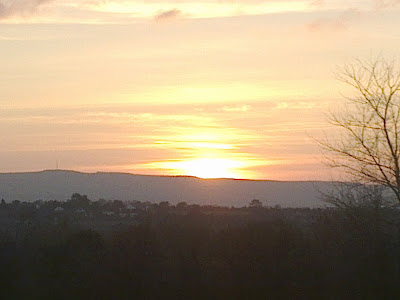 Sun falls over Dungarvan on the first day of Spring, oh what joys the Deise doth bring.....
Read more »
Posted by Dungarvan Diarist No comments: